We have a deal! 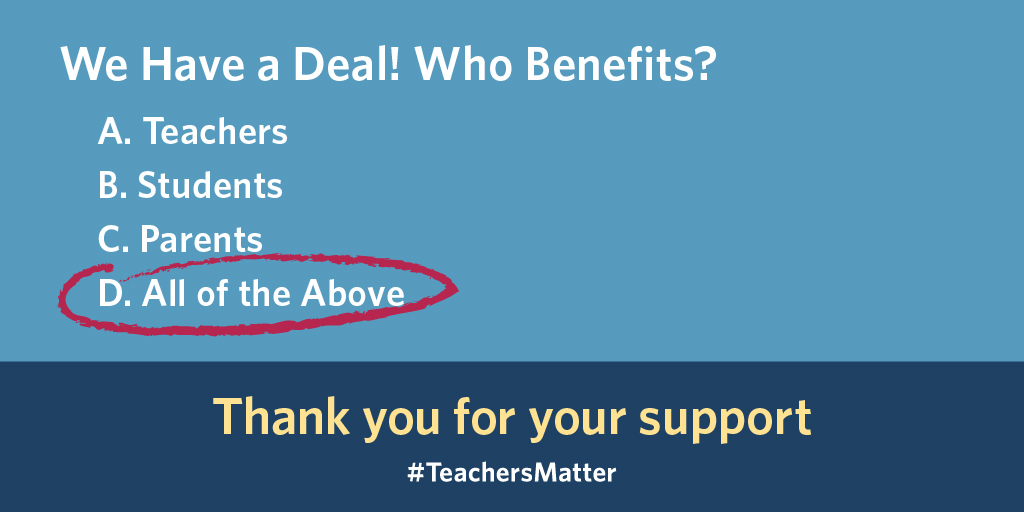 OECTA is pleased to announce that on September 17, 2015, its members ratified the tentative agreement that was reached with the Government of Ontario and the Ontario Catholic School Trustee’s Association.

“We worked hard to address our members’ concerns and believe this agreement protects them, as well as the quality of education in our schools,” said OECTA President Ann Hawkins. “We’re now looking forward to a productive and enriching school year for both teachers and students.”

The ratification of the agreement means that teachers are prepared to commence negotiations between local OECTA bargaining units and Catholic District School Boards, subject to the government and Catholic Trustees also ratifying the tentative agreement.

“I want to thank the OECTA members who provided encouragement and support to our negotiating team during this long process,” said Hawkins. “I also want to thank the parents and members of the public who added their voices to our #TeachersMatter campaign.”

Think it's all about the money? Find out about the issues affecting teachers and their students.

No cuts to public education. I support fair conditions for teachers. #TeachersMatter